On May 9, the “Red Guards Austin” cult (RGA) — a bizarre organization that spends a large amount of time and energy attacking progressive organizations — falsely accused the PSL of “harboring rapists” and hours later had its members hide their identities with masks and physically attacked a cultural event (Latin Dance Night), which we helped organize that was taking place in a Black and Latino neighborhood and attended by mostly people of color.

This was based on an allegation of rape against trans activist McKinley Forbes, who they say “helped found the Austin PSL branch.” Forbes is not, in fact, a member of the PSL nor any PSL-related organizations. Forbes has attended a few study groups in recent months hosted by PSL candidate-members in Austin. She previously had been a member of an RGA-affiliated group, RATPAC, before they had a falling out over unrelated matters. The allegation stems from an incident in 2016, prior to Forbes moving to Austin and joining RATPAC.

Within hours of publishing their slanderous attack against the PSL, and before our organization could even look into the matter, masked RGA members, who appeared to be all white, arrived at the cultural event at a Black-owned bar in Austin. They screamed threats at attendees for “harboring rapists,” flipped over a table and then held a protest outside until the bar owner finally decided to end the event. (Here’s a video of RGA’s disgraceful conduct including one of their male members threatening and screaming in the face of a women of color). Forbes was not even present at the event, as the RGA could plainly see. This was just an RGA effort to, in their own words, “expel the PSL from our city,” to keep us from organizing events in Austin.

Prior to May 9, when all this transpired, no PSL member had been aware of the allegations against Forbes. RGA never communicated with us in any organizational capacity. They never shared with us their evidence or testimonials. Their claim that this was for the “privacy” of the alleged victim is a lie; they admit to sharing their evidence with other third parties to evaluate. They could have easily redacted any names to protect the accuser’s privacy when communicating with our organization. But giving us an opportunity to see the evidence and state that Forbes is a non-member would have deprived the RGA the chance to attack our event and falsely accuse our organization all over the Internet.

The RGA assailants have since posted an image of a PSL candidate-member next to a tombstone and the word “RIP” — which can only be taken as a death threat. They stated that the PSL “will never even co-host so much as a potluck in our city without it being disrupted and confronted. If they want space, they will have to hire the police and security to try to keep us out.” They also posted online that they would “start naming PSL members who come on our page to defend rapists...” They started by “outing” someone named Joshua K**** as a PSL member — someone who is also not a PSL member, and in fact is someone we have never heard of.

We do not know if RGA, most of whom are white and college-aged, are aware of the history of the FBI’s COINTELPRO operation against the left, but they are replicating all of the worst tactics of the COINTELPRO era: anonymous and unsourced accusations, violent unprovoked threats against progressive groups, attacking their public events, false attribution, and vicious slander instead of principled communication. RGA’s rhetoric and actions are designed to provoke a violent escalation from us, setting the stage for more provocations that would draw the intervention of the state through its police agencies. Our membership has studied the history of COINTELPRO and learned from it. We know the FBI has recently initiated a Cointelpro 2.0 in the Trump era, and Texas activists in particular have already been targeted. We recognize that RGA’s handling of this is exactly what the capitalist state would do to subvert the Left and turn it towards inter-organizational violence. If RGA is not intentionally doing the state’s work, they are missing a paycheck.

Their threats to violently break up the events of socialist groups mirror the conduct of the alt-right, and have no place in the socialist movement — regardless of whatever tactical, strategic and ideological differences exist between groups.

Despite the PSL not being privy to any evidence or testimony about Forbes, and despite the fact that Forbes is not a PSL member or under our discipline, we looked into this matter the best we could. While Forbes denies completely that non-consensual sex took place, it is not disputed that sexual acts did take place with the accuser, and that an accusation of rape was made to the police a month or so after, which, it appears, did not result in criminal charges.

Without access to any evidence or testimony about the allegation, we cannot carry out a fuller investigation to inspect any claims about Forbes. Nor do we have any close organizing history alongside Forbes to allow us to assess her claims to the contrary. As such, Forbes will not be in our organizing spaces moving forward.

RGA’s campaign of violent attacks, threats, bullying and slander against the PSL has its own sinister motives. RGA and its affiliate groups undoubtedly spent days, if not longer, writing and editing their articles, and preparing their signs and banners all the while not communicating to us any concerns or allegations about Forbes, their former member. They timed the publication of their article about Forbes to take place hours before our event, which served as the pretext to then attack it. By continuing their crusade against the PSL at this point, RGA would just confirm their opportunism, proving that their real goal in all this is to use intimidation to try and block a socialist group from organizing in Austin.

The PSL’s organizing in Austin has just started, with a small group of new candidate members who have recently joined. They are determined to continue organizing against racism, patriarchy, imperialism, and in defense of the working class despite RGA’s wild threats to hurt or even kill them. We call on all progressive organizations to unite to reject the COINTELPRO-style tactics and actions adopted by the Red Guards Austin cult. Their conduct has already isolated them from a wide range of progressive organizations in Texas, and we are certain that their widening pattern of bizarre and threatening actions will result in their further isolation nationwide, and ultimately their own self-destruction. 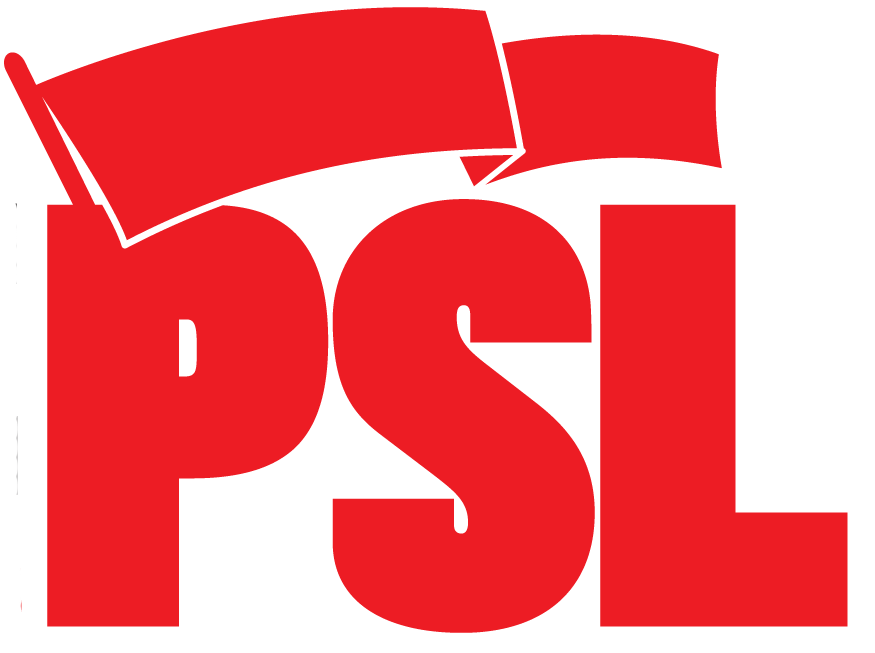