The Board of Trustees provides competent stewardship and oversight of the school while implementing and maintaining policies, systems and processes to ensure academic success, organizational viability and faithfulness to the terms of its charter. 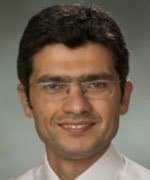 Dr. Selcuk Acar is an Assistant Professor and the Coordinator of the leadership minor program at the International Center for Studies in Creativity at Buffalo State College. His research and teaching interests include creativity, leadership and gifted education. He earned his Ph.D. in Educational Psychology from the University of Georgia, where he studied creativity, divergent thinking and the education of the gifted and talented. Before that, he received his M.A. in Gifted Education from Istanbul University, in Turkey. Dr. Acar studied leadership skills of the gifted students in his master’s thesis. Dr. Acar presented his research at the major conferences and published many of them in the peer-reviewed journals. Most of his studies utilized quantitative methods and he is interested in applying advanced quantitative methods in his research. 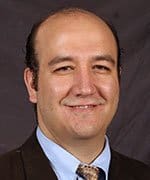 Dr. Mustafa Gokcek (Board Secretary) joined the Board of the Buffalo Academy of Science in 2009 and was re-elected for a second term in 2012. Dr. Gokcek is currently an Associate Professor of History at Niagara University. He completed his Ph.D. in history at the University of Wisconsin-Madison. His research focuses on trans-imperial intellectual interactions in the early 20th century. He regularly teaches courses on the history of the United States since 1945, Russia, the Middle East and Central Asia. He also serves as the Director of the masters program in Interdisciplinary Studies. Dr. Gokcek has been involved with charter schools in various capacities since 2004. He believes strongly in the contribution that charter schools make to our education system. For Dr. Gokcek, a strong focus on STEM education, preparing students for college and beyond, and strong cooperation of the student-teacher-parent triad is critical for the prosperous future of our society. 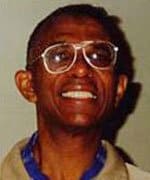 Dr. David Banks is a Professor of Anthropology in the College of Arts and Sciences at the State University of New York at Buffalo. Dr. Banks earned his Ph.D. from the University of Chicago. His research interests include social anthropology, kinship, culture, historical methods, contemporary social change and studies of Southeast Asia and Malaya. 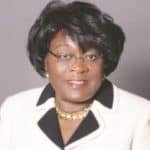 Betty Jean Grant, a resident of Buffalo for the last 42 years, was born and raised in Brighton, Tennessee. Mrs. Grant attended Medaille College, where she earned a Bachelor of Science degree in Elementary Education, graduating Magna Cum Laude in 1993. She earned a Master of Science degree in Special Education from Buffalo State College in 1995. Betty Jean has taught in the Buffalo public schools as well as the Federal Head Start program. Mrs. Grant was elected to the Buffalo common Council in 1999 representing the University District. In 2004, she was elected to the Buffalo City Board of Education, representing the Ferry District. In 2007, Betty Jean was elected to the 2nd district, Erie County Legislator where she served until December 31, 2017. In 2012, she was elected Chairwoman of the Erie County Legislature. Betty Jean Grant is the recipient of numerous honors and awards for her diligent and unyielding dedication and contributions as a public servant. 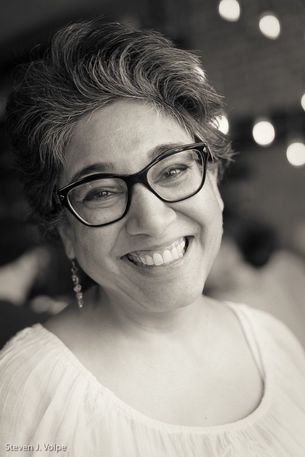 Ismet (Izzy) Mamnoon (Board President) is a change catalyst. She started her career as an auditor and financial consultant at Pricewaterhousecoopers and evolved to become a serial entrepreneur and now works as a facilitator translating creativity from theory into practice. She was first drawn to the field of creativity and innovation when she became a parent. She speaks intimately about her journey on the TEDx stage.

Ismet is the founder and guardian of imagination of Beyonder which offers training and facilitation for Parents, Educators and Youth with the mission of using creativity as the means to unlock the human potential of the next generation. Her acumen for applied creativity is evident in her diverse range of projects and clients that include large organizations, entrepreneurs, governments, academics, not-for-profits, the armed forces, educators, parents, and children all over the world. Her clients range in age from 5 to “undisclosed” and she has been known to facilitate just about anyone anywhere including but not limited to complete strangers in coffee shop queues and Marines at the Pentagon.

Ismet was recently featured in TIME magazine’s article When schools get creative in their special edition on the Science of Creativity for her creative approach to parenting and for the work she does globally to weave creativity into education. She is a graduate of the International Center for Studies in Creativity at Buffalo State where she received the SUNY Chancellor’s Award for Student Excellence, the President’s Medal for Outstanding Graduate Student at Buffalo State, and the Firestien Family Creative Achievement award for her work in the field of creative thinking and facilitation. She is a certified facilitator of FourSight, Myers-Briggs Type Indicator, Polarity Thinking, and Accelerated Learning. 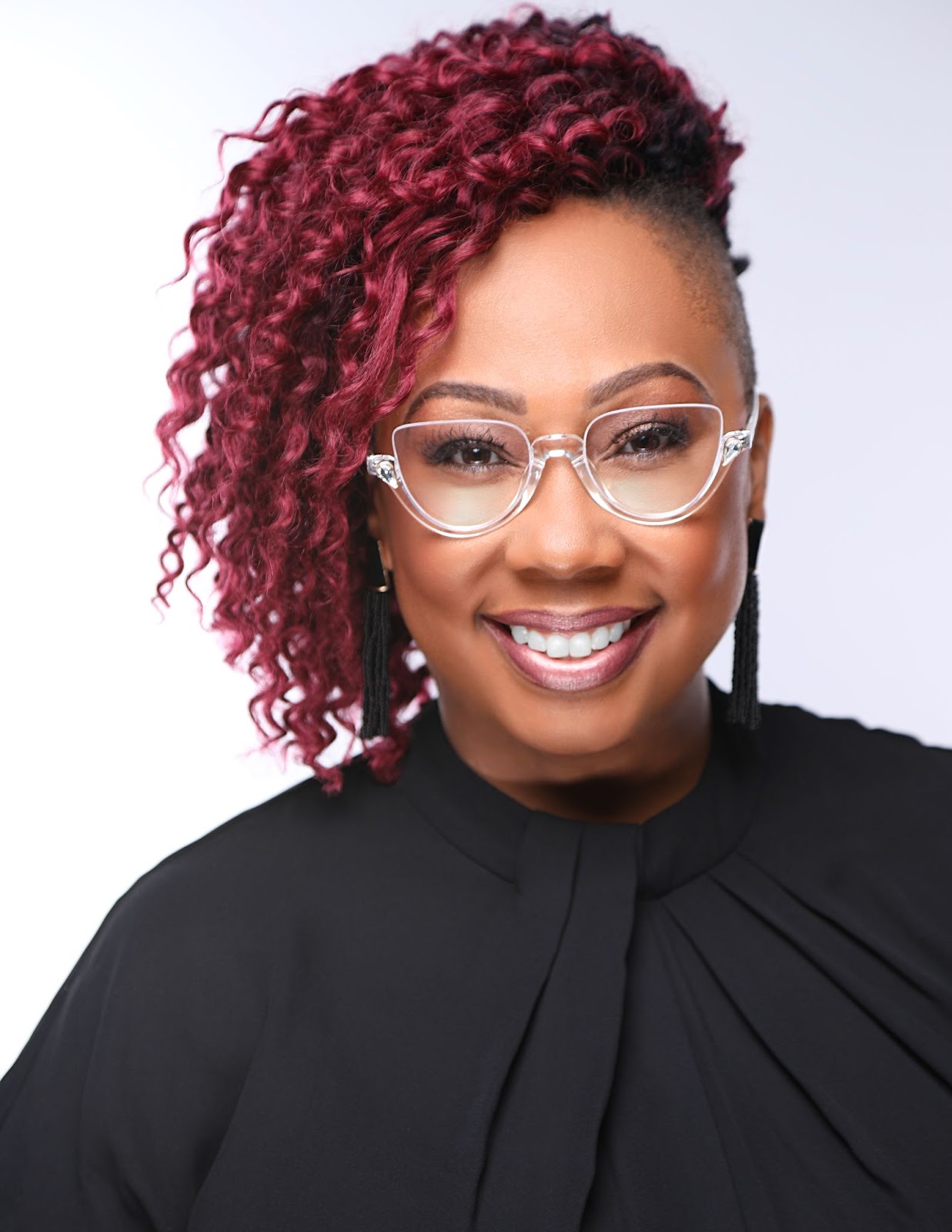 LaShunda Leslie-Smith, LMSW, earned a Bachelor of Arts in Psychology with a minor in Child and Family Services from St. John Fisher College, a Master's in Social Work from the Greater Rochester Collaborative Master of Social Work Program, a Certificate in Non-Profit Leadership from Roberts Wesleyan College, and a Certificate in Business Excellence from Columbia University.

LaShunda most recently served as the President and CEO of Young Women’s College Prep Foundation, Inc., and is now “doing her life’s work” as Executive Director of Connected Communities. LaShunda enjoys serving as a motivational speaker through workshop presentations and conference keynotes. She shares her story of overcoming being a mom at the young age of 14, all over the country. LaShunda has been nominated and selected as the recipient for numerous awards and accolades, including being named a Rochester Business Journal’s Woman of Excellence and a 40 under 40 honoree, Girls Scouts of Western New York Woman of Distinction, and an ATHENA Young Professional finalist by the Women’s Council.

LaShunda is blessed to share her life’s journey with her husband Moses and their two children, Branden and Myanna. 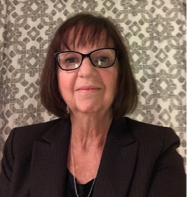 Karen Wallace earned a Bachelor of Arts in Biology and a Ed.M. in Science Education from the University at Buffalo. Her career at the Buffalo Society of Natural Sciences included Director of Tifft Nature Preserve, Special Projects Coordinator, Director of the Learning and Interpretation, and Deputy Director at the Buffalo Museum of Science. Karen has also earned an Informal Learning and Schools Certificate from the National Science Foundation and participated in the WNY’s STEM Learning Ecosystem, part of a global Community of Practice.

Karen has served as lecturer at Buffalo State College and Adjunct Associate Professor at the University at Buffalo where she developed Teaching Science in Context, a course aimed to get science teachers outdoors. In 2016, she won the Douglas B. Seager Award for Outstanding Contribution to Science Education.